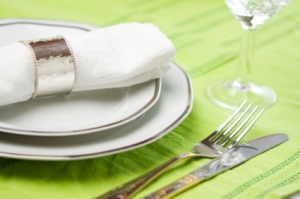 What do breast milk, food cans, microwave popcorn, and fast-food French fry boxes have in common with meat, fish and dairy products?  They’re all avenues of human ingestion of potentially harmful chemicals associated with everyday plastics.

Although the jury is still out on what levels of exposure are unsafe, it is indisputable that we are all literally consuming chemicals from plastics daily.

Biomonitoring projects – like the 2005 BodyBurden study of cord blood in neonates and the Mind, Disrupted investigation of blood and urine in adults representing the learning & developmental disabilities community just published in February 2010 – consistently find neurotoxic and endocrine-disrupting chemicals used in common plastics among the substances routinely tainting human tissues.  Although diet is not the only route of exposure, it is considered a major one.

Given that developing fetuses and young children are most vulnerable to environmental toxins, understanding how exposure occurs through ordinary diets, and how to avoid it, has become a growing societal concern.

Three constituents of common plastics that find their way into food or drinks are described below, all linked to ill health effects in humans and lab animals.  In the Mind, Disrupted study, the subjects universally tested positive for all three: bisphenol-A, brominated flame retardants, and perfluorinated compounds.  The variety of avenues into the human diet is surprising.

Over 90% of Americans have BPA in their urine, according to the 2003–2004 National Health and Nutrition Examination Survey (NHANES) of the U.S. population.  Young children generally have the highest levels because they lack an enzyme that breaks down BPA.  Leaching of BPA from containers into food and beverages is thought to be the main route of exposure.

The U.S. Environmental Protection Agency (EPA) set a now outdated safe exposure standard of <50ug/kg/day based on research from the 1980s: Recent measurements show daily intake exceeds this in many people.  Hundreds of recent studies connect BPA to a diversity of problems like early puberty, miscarriage, breast and prostate cancer, obesity, diabetes, heart disease, cardiac arrhythmias and male erectile dysfunction.  Harmful effects in lab animals are seen at exposure levels far below what the EPA has considered safe.

Responding to the newer findings, the National Toxicology Program Center for the Evaluation of Risks to Human Reproduction released a monograph in Sept 2008 admitting “some concern” that current levels of exposure in fetuses, infants and children may result in developmental changes in the brain, prostate and behavior.  In January 2010, the U.S. Food and Drug Administration posted its “support” for voluntary moves by industry to both stop selling BPA-containing baby bottles and feeding cups and develop alternatives to BPA-lined infant formula cans; however, it stopped short of recommending bans on BPA or that parents change use of infant formula or foods.

Only Connecticut, Minnesota and Wisconsin have passed laws banning BPA in children’s foodware and drinkware.

Polybrominated diphenyl ethers (PBDEs) are a family of flame retardants in widespread use in consumer products, including plastics for electronics and electrical devices.  Because PBDEs are not permanently bonded to the plastic polymers, they migrate out into the environment.

Properties of PBDEs include resistance to biodegradation and affinity for fats, allowing them to persist in the environment and bioaccumulate in the food web.  PBDEs were found in nearly 100% of blood samples in the 2003-2004 NHANES survey.  Consumption of meat, fish and dairy products is thought to be a primary route of exposure.

However, it was the discovery of infant exposure to PBDEs via rising levels in human breast milk in the United States and Europe that set off a chorus of alarm about health risks to humans.

PBDEs have been marketed in the United States in three commercial mixtures, so-called penta, octa and deca formulations.  Because of animal data linking penta and octa to serious health impairments – including liver, thyroid & reproductive toxicity and especially developmental neurotoxicity – domestic manufacture of penta and octa was voluntarily phased out in 2004.  However, levels of penta and octa in humans continue to rise, attributable in part to widespread use of deca which can break down into other forms.

In December 2009, the EPA outlined an Action Plan to reduce human exposure to PBDEs which recommended only a voluntary phase out of deca in lieu of a federal restriction.  California is among 11 states that have enacted bans on penta and octa.

However, even public health-advocacy organizations that support phase-out of all PBDEs, like Environmental Working Group, do not recommend that parents stop breastfeeding because of breastfeeding’s positive impact on other measures of infant well-being.

Perfluorinated Compounds (PFCs) are synthetic polymers that find their way into food applications because they repel oils and water.  They are the key ingredient of grease/water-resistant coatings on non-stick cookware (e.g. Teflon®), pizza boxes, microwave popcorn, and fast-food wrappers.

The most studied PFCs are PFOA (perfluorooctanoate) and PFOS (perfluorooctanesulfonate) which are known to persist seemingly indefinitely once released into the environment and consequently build up in the food web.  They also persist in human tissues: The half-life of PFOA and PFOS in human blood is roughly 4-5 years, according to a 2007 study of retirees of a PFC manufacturing facility.

Ninety-eight percent of the blood samples in the 2003-2004 NHANES survey contained PFOA and PFOS.  Breast milk contaminated with PFOA and PFOS was detected in 98% of Massachusetts women participating in a 2004 study.  Dietary intake of meat, fish and dairy products is thought to be a major route of exposure along with consumption of foods contaminated through contact with grease/water-resistant packaging (e.g. fast foods).

Non-stick cookware, when heated to high temperatures, has also been shown to release substances that might taint foods, according to tests performed by Environmental Working Group.

The list of potential health effects linked to PFCs in human and animals studies is long and includes cancers, high cholesterol, liver and developmental toxicity, thyroid hormone disruption, and infertility.

No U.S. jurisdiction has yet limited the used of PFOA or PFOS in food contact substances.

Summaries of research on the health effects of chemicals from plastics and other industrial products can be read in the full Mind, Disrupted report: http://www.minddisrupted.org/index.php.

This entry was posted on Wednesday, March 10th, 2010 at 9:45 am and is filed under California, diet, health, plastics, politics, pollution, science, sustainable living, toxics, wildlife. You can follow any responses to this entry through the RSS 2.0 feed. You can leave a response, or trackback from your own site.

3 Responses to Serving Plastics For Dinner?