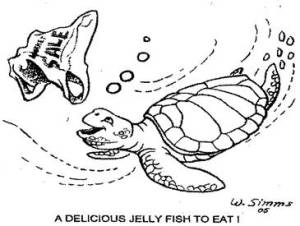 Distress Calls from the Ocean
by Sarah S. Mosko, Ph.D.

When one tugs at a single thing in nature,
he finds it is attached to the rest of the world.
— John Muir

Whether you are a career fisherman, weekend angler, surfer, snorkeler, skinny dipper, fish dinner connoisseur, or simply a never-gets-wet admirer of the ocean’s majesty, there’s nothing but bad news coming from recent assessments of the ocean’s health.

The scope and severity of the ills that experts report have made commonplace the phrase “collapse” in reference to the global loss of sea life and ecosystems. The assaults that appear responsible all stem from human activities, including over-fishing,  deforestation, overdevelopment of coastlines, overuse of pesticides  and fertilizers, oil spills, and general use of the ocean as a dumping ground for sewage, industrial chemicals and other human wastes. What follows is a brief look at some of the tragic changes scientists are reporting.1-3 END_OF_DOCUMENT_TOKEN_TO_BE_REPLACED