Chemicals in Plastics Foster Diseases Passed on to Future Generations 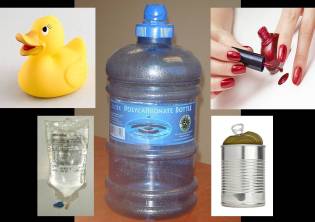 In pregnant women, exposure today to endocrine-disrupting substances common in everyday plastics might not only be adversely affecting the health of their fetuses, but the health and fertility of their future great grandchildren might also be at risk, according to a laboratory study just published in January.  The health risks are not handed down via changes to the genetic DNA code (i.e. gene mutations), but rather through a parallel biological scheme of coding known as “epigenetics.”

Background
Traits are passed from one generation to the next through two distinct but interacting vehicles of inheritance.  The genes that make up our DNA were once thought to contain the entire blueprint for all inherited traits. For some time, however, scientists have understood the critical role of another coding system that literally sits atop the DNA and instructs genes to turn on or off.  Because all cells in a given animal or human have the same DNA sequence as the original fertilized egg and sperm, another mechanism is needed to explain how cell differentiation occurs during development so that a heart cell, for example, ends up so different from, say, a brain or skin cell.